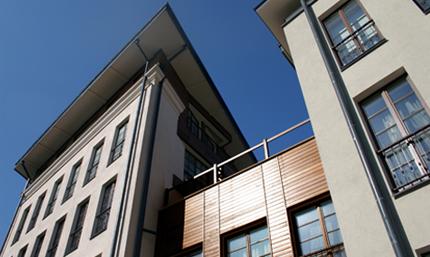 DANIEL HATMAKER - God is My Judge

I'm a Midwesterner at heart and a Californian by geography, but my identity is in Christ alone. I am seized by His affection and owe my life to Him. I wanted to be an entrepreneur as long as I can remember (probably has something to do with both my grandfathers being entrepreneurs) and in 2005 that dream came true. Since 2005 I've been a passionate real estate professional in the state of California.
In February 2006 I was forever transformed when I surrendered my life to Jesus Christ as Lord & Savior. He aligned my passions with His. I became hungry for His Word, the Bible and began to desire to serve Him above all else. That hunger for His Word and desire to serve Jesus led me to Bible Study Fellowship in September 2007. It was there I became the eradicator of Biblical illiteracy that I am today.
After several successful years in real estate I purchased my 1st home, a condo in Costa Mesa, in April of 2010. I bought more house than I needed, but little did I know I would be needing it. In March of 2012 I married a long time friend and beloved believer in Christ. While I haven't received an official reward, a fate-filled trip to a feminine hygiene products aisle in 2014 earned me a nomination for husband of the year. On behalf of all other bold men who venture fearlessly into the aforementioned aisle I graciously accept the award of husband of the year.